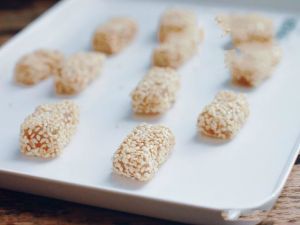 According to legend, as early as the Tang Dynasty, Changzhou began to use maltose and sesame seeds to produce a kind of sesame candy, which is called Ma Tuan (sesame ball-shaped candy).

At the end of the Northern Song Dynasty, State Jin’s army made a large-scale invasion to the Central Plains. Zhao Gou, King Kang of the Northern Song Dynasty blindly compromised and sought peace, and did not want to recover the lost land in the north. The common people are very resentful about this. The local people in the Changwu changed the shape of the candy Ma Tuan into a blunderbuss-like cylindrical shape and gave it to King Kang to inspire his courage to resist the Jin’s invasion and to recover the lost land. 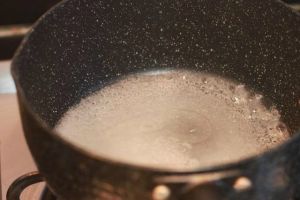 1. Add water to the flour several times, stirring the flour while adding water until it becomes a paste. Add sugar, water, and 10 grams of salad oil to a non-stick skillet. Cook the sugar to melt over medium heat until boiled. 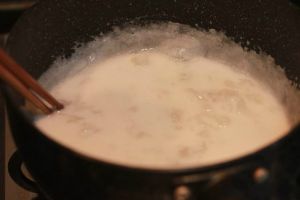 2. Add the the paste and stir while heating. 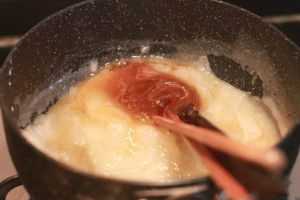 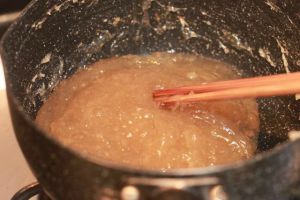 4. Continue to heat, do not stop, until the paste gradually becomes thickening and stirring can’t be continued. 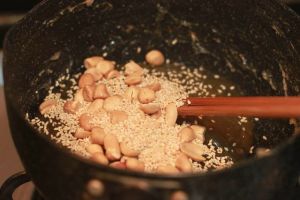 5. Turn off the heat; add peanuts, a small amount of cooked sesame seeds, mixing them evenly. 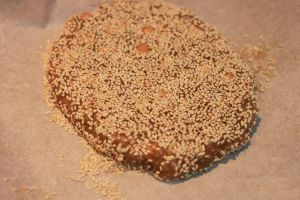 6. Put it in oil paper covered with sesame seeds, sprinkle with cooked white sesame seeds on the surface, flatten the candy, and wait for it completely cooling down. And you can also put the candy in the refrigerator to speed up the cooling. 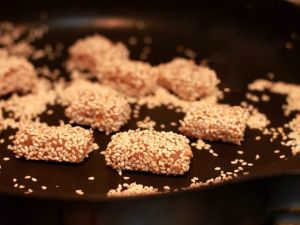 7. Cut the chewy candy into long strips, cut the strips into cubes, then stick the cooked white sesame seeds all over the cubes, and then pack it.

Sesame: Sesame contains a lot of fat and protein, as well as nutrients such as saccharide, vitamin A, E, lecithin, Ca, Fe, Mg and so on.