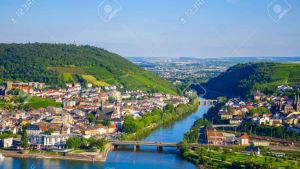 Fujian cuisine is characterized by clear soup and dishes, light taste and crispy fried food. It is good at cooking seafood delicacies. Its cooking techniques are characterized by steaming, stir-frying, quick-frying, simmering, oil-frying and stewing.

As early as after the "Yongjia Rebellion" in the Jins and Southern & Northern Dynasties, a large number of well-dressed scholars in the Central Plains entered Fujian, bringing the advanced technologies and culture of the Central Plains, which mixed and exchanged with the ancient Yue culture of Fujian, promoted the local development. In the late Tang and the Five Dynasties, the Wang Shenzhi brothers from Gushi, Guangzhou, Henan Province, led troops into Fujian to establish the “State of Min”, which played a positive role in promoting the further development and prosperity of Fujian culinary culture.

At the end of the Qing Dynasty and the beginning of the Republic of China, Fujian successively emerged a number of famous restaurants with local characteristics and famous chefs with high culinary skills.

Mainly refers to the Xiamen, Quanzhou and Zhangzhou zones. Minnan cuisine is popular in southern Fujian, Taiwan as well as parts of Southeast Asian areas. The taste of Minnan cuisine has the characteristics of freshness and lightness, which is similar to Chaozhou cuisine, but mainly seafood and seafood processed food.

Minxi cuisine is also known as the Changting Charm, represented by Longyan dishes, and is mainly popular in western Fujian. Minxi cuisine is similar to the Hakka style of Guangdong cuisine.

Minbei cuisine is represented by the dishes of Nanping, and is mainly popular in northern Fujian.

Puxian cuisine is represented by the dishes of Putian, and is mainly popular in Puxian area.