Zongzi ([tsʊ̂ŋ.tsɨ]; Chinese: 粽子; Pinyiin: zòng zǐ ) is a traditional Chinese food made of glutinous rice stuffed with different fillings and wrapped in bamboo, reed, or other large flat leaves. They are cooked by steaming or boiling. In the Western world, they are also known as rice dumplings or sticky rice dumplings.

Zongzi is estimated to be 195 kcal per 100 grams of calories.

Due to the different regions, as well as material from the bamboo leaves, they have a very different. There are also various shapes such as a regular triangle, a regular square, a pointed triangle, a square, and a long shape of Zongzi.

Zongzi (sticky rice dumplings) are traditionally eaten during the Duanwu Festival (Dragon Boat Festival), which falls on the fifth day of the fifth month of the lunar calendar (approximately late-May to mid-June). A popular belief amongst the Chinese of eating zongzi involved commemorating the death of Qu Yuan, a famous Chinese poet from the kingdom of Chu who lived during the Warring States period. Known for his patriotism, Qu Yuan tried unsuccessfully to warn his king and countrymen against the expansionism of their Qin neighbors. When the Qin general Bai Qi took Yingdu, the Chu capital, in 278 BC, Qu Yuan's grief was so intense that he drowned himself in the Miluo river after penning the Lament for Ying. According to legend, packets of rice were thrown into the river to prevent the fish from eating the poet's body. Although it may have originally been a seasonal food, zongzi are available year-round in most major cities with a significant Chinese population.

The shapes of zongzi vary, and range from being approximately tetrahedral in southern China to an elongated cone in northern China. In the Chiang Kai-shek Memorial Hall in Taipei, plastic mock-ups of rectangular zongzi are displayed as an example of the zongzi eaten by Chiang Kai-shek. Wrapping zongzi neatly is a skill that is passed down through families, as are the recipes. Making zongzi is traditionally a family event of which everyone helps out.

While traditional zongzi are wrapped in bamboo leaves, the leaves of lotus, reed, maize, banana, canna, shell ginger and pandan sometimes are used as substitutes in other countries. Each kind of leaf imparts its own unique aroma and flavor to the rice.

The fillings used for zongzi vary from region to region, but the rice used is almost always glutinous rice (also called "sticky rice" or "sweet rice"). Depending on the region, the rice may be lightly precooked by stir-frying or soaked in water before using. In the north, fillings are mostly red bean paste and tapioca or taro. Northern style zongzi tend to be sweet and dessert-like. Southern-style zongzi, however, tend to be more savory or salty. Fillings of Southern-style zongzi include salted duck egg, pork belly, taro, shredded pork or chicken, Chinese sausage, pork fat, and shiitake mushrooms.

Zongzi need to be steamed or boiled for several hours depending on how the rice is prepared prior to being added, along with the fillings. However, as the modes of zongzi styles have traveled and become mixed, today one can find all kinds of zongzi at traditional markets, and their types are not confined to which side of the Yellow River they originated from.

The Zongzi festival is another name for the Dragon Boat Festival, which is the fifth day of the fifth lunar month.

There are many varieties of Zongzi leaves, which are usually made of reed leaves and chequer-shaped indocalamus leaves. They are essential materials for making Zongzi. 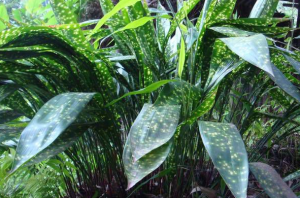 The southern part is mainly composed of chequer-shaped indocalamus leaves, and the north is mainly reed leaves. 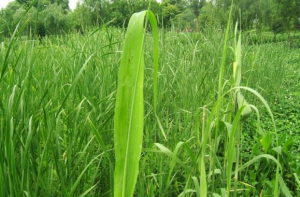 "Jiaxing zongzi" (嘉兴粽子): It is a kind of zongzi famous in mainland China and named after the city Jiaxing. The filling is typically pork but also can be mung beans, red beans or salted duck eggs.

Jia zong (假粽): Instead of glutinous rice, balls of glutinous rice flour (so no individual grains of rice are discernible) are used to enclose the fillings of the zongzi. This zongzi are typically smaller than most and are much stickier.

Jianshui zong (碱水粽): Meaning "alkaline water zong," these are typically eaten as a dessert item rather than as part of the main meal. The glutinous rice is treated with lye water (aqueous sodium hydroxide), or potassium carbonate, giving them their distinctive yellow color. Jianshui zong typically contain either no filling or are filled with a sweet mixture, such as sweet bean paste. Sometimes, a certain redwood sliver ( 蘇木 ) is inserted for color and flavor. They are often eaten with sugar or light syrup.

Nyonya chang (娘惹粽): A specialty of Peranakan cuisine, this zongzi are made similarly to southern zongzi. However, the filling is typically minced pork with candied winter melon, ground roasted peanuts, and a spice mix.

Filipino Machang is a Filipinized version of zongzi, originating from the Hokkien or Min-nan or southern Fujian dialect phrase "ma-chang" commonly used to refer to "zongzi" in local ethnic Chinese communities in the Philippines.

Indonesian Bachang is an Indonesian version of zongzi, common among Chinese Indonesian communities.

In fact, there are many types of zongzi made of different ingredient, such as pork and red bean. Here is recipes for two of the classic styles: with meat and candied jujube (red dates). There is no specified amout for making zongzi. You can adjust according to your own needs.

Wash the glutinous rice and put it in water until soaked thoroughly one day in advance. For zongzi with pork, put soy sauce and stir until fully mixed together.

Cut the pork belly into small pieces, and add soy sauce and salt and let it sit for one night to pickle the pork.

Wash and boil the bamboo leaves and straw for a few minutes until they are soft. Prepare 2 pieces of bamboo leaves for each zongzi.

Fold 1 pieces of bamboo leaf from its middle into the shape of a cone. There should be no leakage in the bottom of the cone.

Then add 2 pieces of candied dates, or the pork belly.

Then cover it glutinous rice, but not too full!

Wrap it into a pyramidal shape with the remaining length of the leaves, then wrap again with another piece of bamboo leaf.

Bind it with a length of soaked straw or string.

Steam or boil and its ready to serve!